The Cochrane Chaos broke a 1-1 tie with three unanswered goals in the third to defeat the Central Alberta Amazons yesterday at Totem One.

In their annual game that promotes suicide awareness, the Chaos beat their long-time rivals and climbed into a deadlock with the Calgary Titans for first in the south division of the Alberta Junior Female Hockey League.

Nicole Johnson had a pair of goals for the Chaos, while Cochrane's Summer Gibbons got a marker on her birthday. Kaley Mueller, the team's top sniper, rounded out the scoring.

The Chaos are on the road next weekend to face the Calgary Jag and the Lethbridge Eagles.

Betty and Randy Moore participated in the opening ceremony of the Owen Moore Memorial Game to keep the discussion going on suicide and mental illness.

"Until that day, we didn’t know there was a mental health issue in our family," writes his mom. "In a letter that he left for us, Owen wrote that he had dealt with depression for a long time. His family and friends did not know. They saw an always-smiling, passionate, kind, caring, loved, and loving young man who was a talented musician. All who loved him are devastated by his suicide."

The letter he left sent a strong message. In part, it reads:

"If someone around you says something that suggests feelings of self-hatred or suicidal feelings, talk to them! Ask if they’re all right! Sometimes it helps just to have someone care about you enough to want to listen to your feelings about life.

"Let the people you love know that you love them," it continues. "I know I’m not alone. Nobody’s alone. Be stronger than me. Be the strongest you can be. If you feel like there’s nothing left to live for, or you can’t stand being in your own mind, tell someone, and have the balls I never did.”

Owen's sisters Tara and Kelly were members of the inaugural Chaos team, and their teammates rallied around them.

"As we went through that year, we came up with the idea to remember Owen, and to help support mental health and suicide prevention at one of our games," explains Chaos head coach Derek Loomer, who knew the family well from years of coaching their daughters in minor hockey.

"It's really to raise awareness for mental health and suicide, the impact that they have, and how to be aware of those symptoms in Canada or around the world with your friends and family."

In the lobby, information was available on suicide prevention, and over $1,000 was raised for the Centre for Suicide Prevention.

During an after-game supper, the discussions continued, says Loomer.

"The Amazons joined us for the dinner, and they got to hear some more from Betty. It was certainly well received by them. There was support from both teams."

Also, the Chaos drew the winning ticket for the annual WestJet draw that helps support the club. 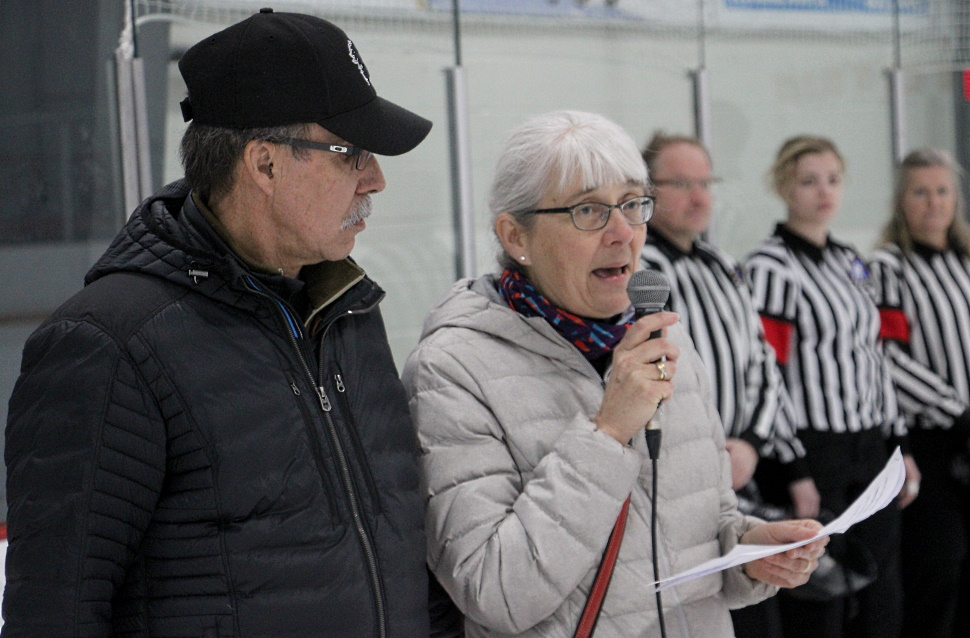 Betty Moore speaks at opening ceremony with husband Randy at her side. 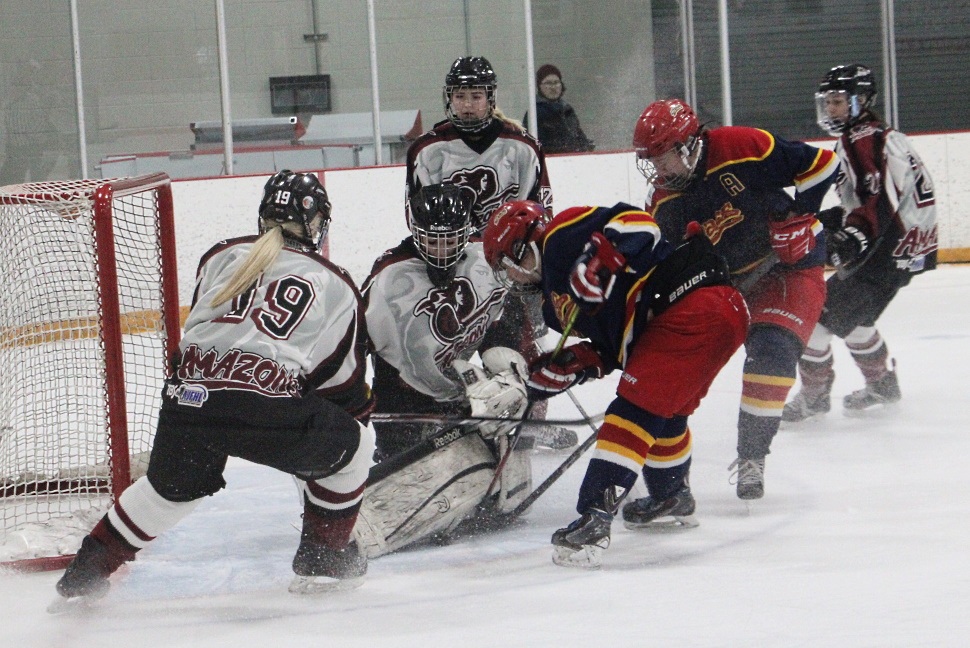 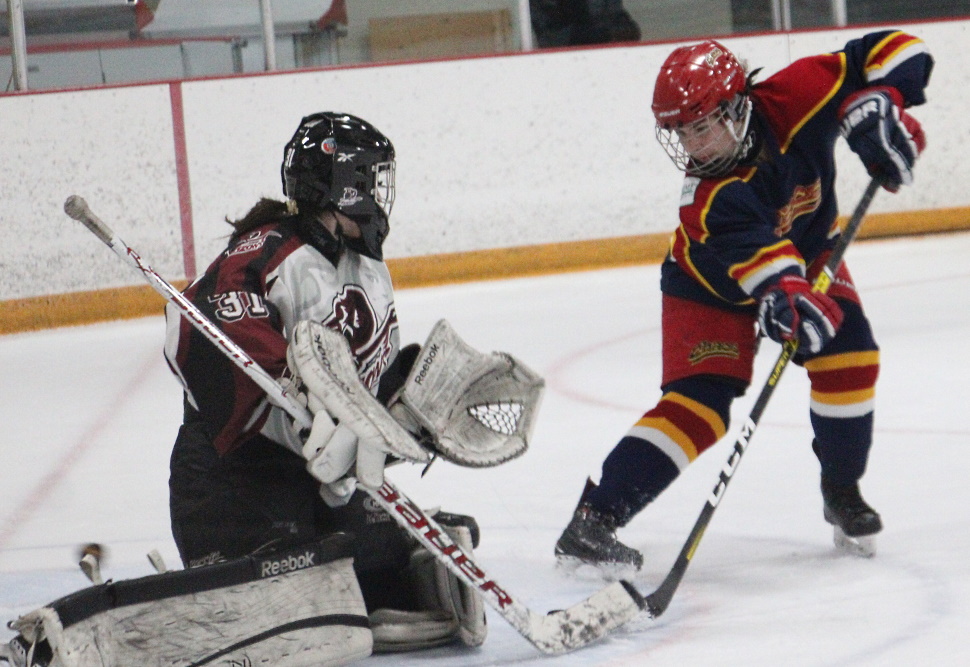 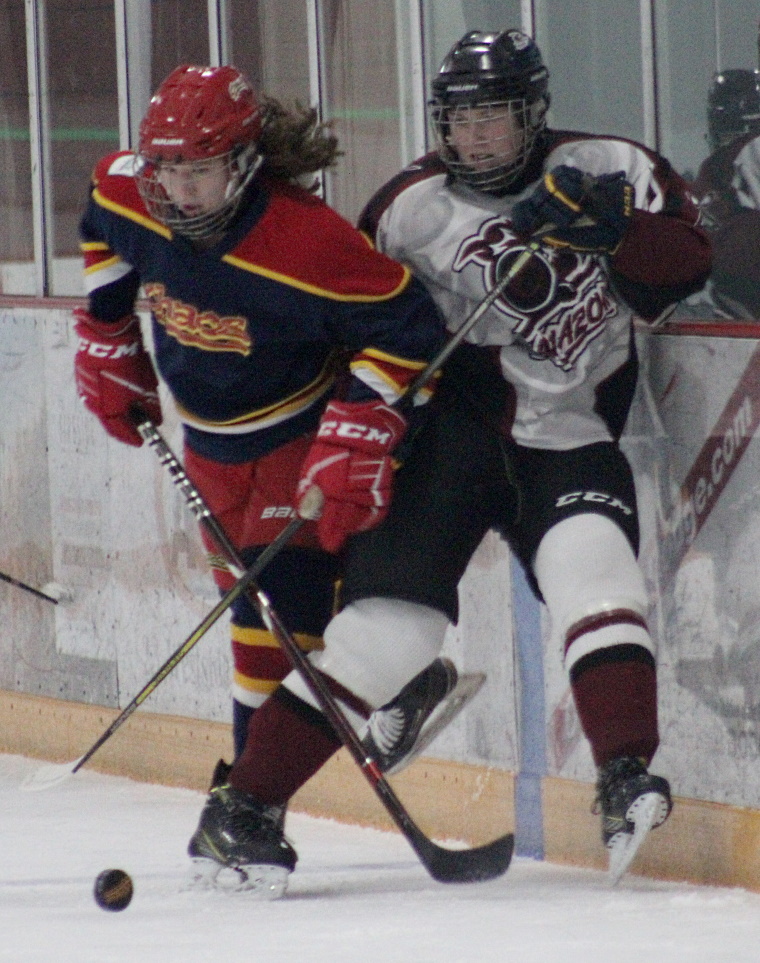 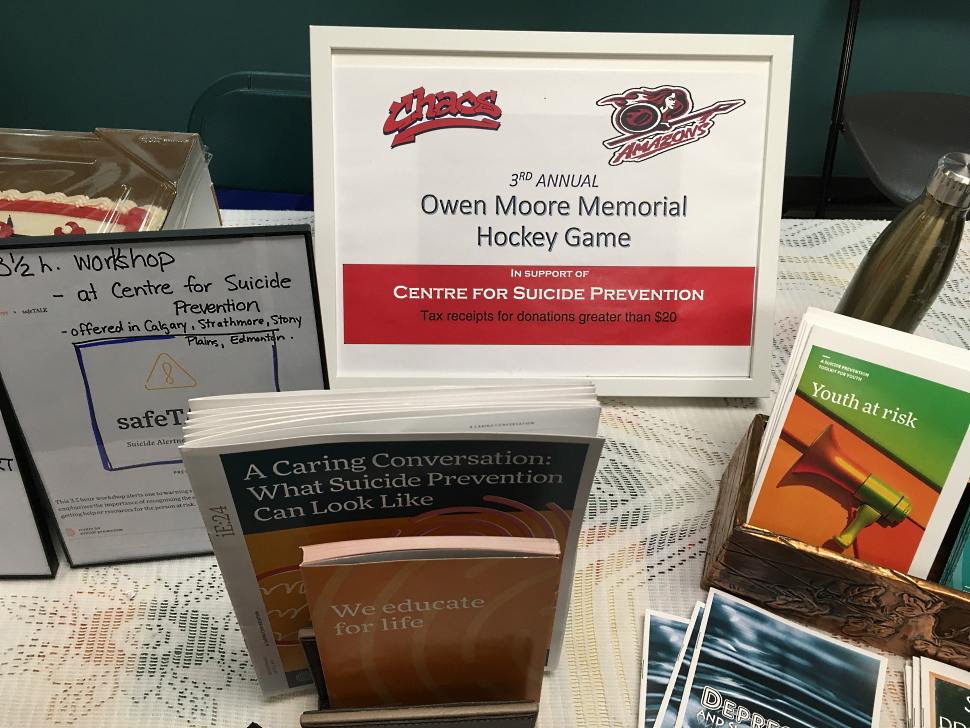 Out front literature was available on suicide at a manned table. Donations were also accepted for the Centre for Suicide Prevention. 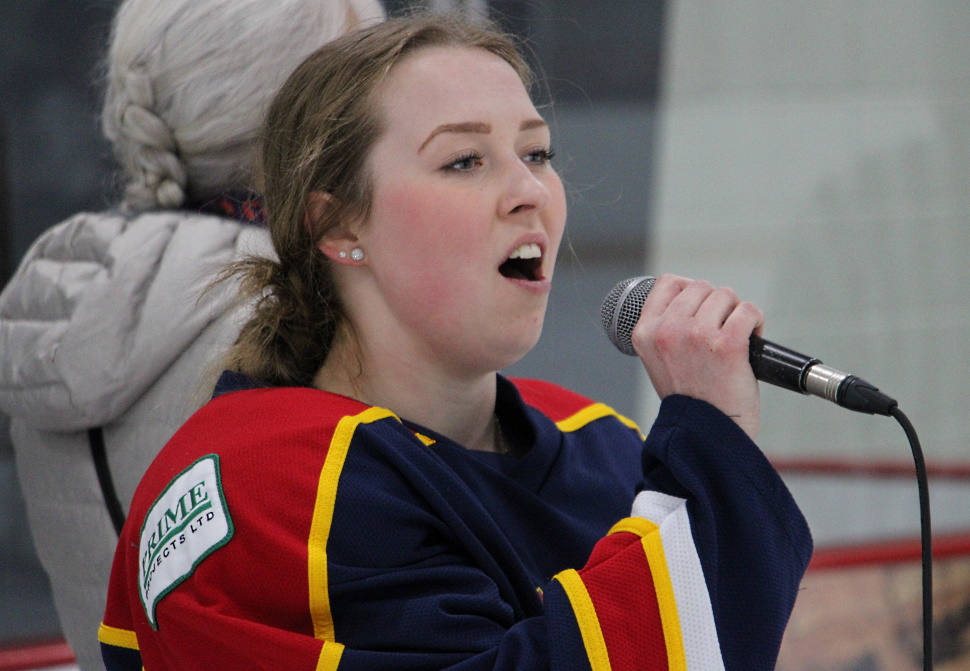 Chaos Colbi Brown sings O Canada. She also got an assist in the game.
Previous Next

The body of a deceased female found near Cochrane