The latest partnership at the Glenbow Ranch Park Foundation (GRPF) is giving students the opportunity to learn about Alberta's native grasslands and the role cattle play in its management.

What makes the park the ideal educational tool for students is the unique year-round cattle ranch located within its boundaries. John and Ty Copithorne from 3J farms, who originally approached both Alberta Beef Producers and foundation officials with the idea, were on hand to speak to the students about ranching activities at the park, speak about Alberta's rich ranching history and how cattle grazing keeps natural grasslands healthy.

Students from Airdrie's R.J Hawkey school were focused on presentations by the Copithornes as well as GRPF programmer Nathan Foy, who lead the tour. The grade 4 students came armed with pencils and notepads to complete some exercises at stops during the park hike and will continue the work in their classrooms.

One of those students, Emma Hansen was enjoying her first visit to the park.

Student Timothy Burnett was also excited about coming to the park.

"There's a lot of walking and I like learning about the grasses and the cattle."

Foy explains the educational program not only teaches students about the native fescue grass but the importance of all species within the park, the pollinators, biodiversity of the plants and everything that intertwines with the grasslands.

He's been guiding the program for the last 1 1/2 years and it has existed since 2008. Foy says the revamp made possible by the  Alberta Beef Producers has been a huge plus.

"They have definitely increased the value of the program, not only with new materials and signage but also by incorporating new program material to really provide a greater understanding of the ranching history here as well as the importance of cattle and today's ranching."

Teacher Jeff Park says the school's grade 4 team were looking for a way to provide a hands-on experience for their studies that focus on the different regions of land and how the First Nations helped Europeans cope when they arrived.

"One of our staff members had been here before and we thought it would be a good idea to give the kids a first-hand experience of what the land looks like rather than just in pictures," explains Parks.

3J Farms has been leasing the land from the Alberta Government since 2012 and raise about 200 head there. Having a working ranch at the park is a unique learning opportunity.

"It's amazing," says John Copithorne. "I don't know of another place around that has that opportunity where kids and public can come and walk the lands where cattle graze and interact with it."

His son Ty says, among other things, they explain how grazing keeps the grasslands healthy and reduces the amount of invasive weeds.

"We give them a new look on cows and their importance. They're basically taking over the work of Bisons from long ago and help keep everything healthy."

GRPF executive director Sarah Parker was thrilled the Copithornes brought the idea of a partnership forward.

"More and more, I think, they are recognizing they play a role in not just raising their cattle here but they have this great opportunity to educate kids and visitors to the park about what they're doing and why."

She says Alberta Beef Producers was a natural fit and she's thrilled they became a partner.

"To have Alberta Beef Producers involved and recognizing that cattle play an important role, not just in giving us dinner, but actually living on the land. and the difference between overgrazing, which can happen, and responsible grazing, which is what the Copithornes do here, is a really neat story for kids to learn and so it makes sense that Alberta Beef partners with us in telling that story.

Some visitors to the park, though, are caught off guard when they see cattle in the park.

"We still get people surprised but more and more people are understanding that the word "ranch" is in the name of the park for a reason."

Alberta Beef Producers realized the unique opportunity to teach youth about the cattle industry and were eager to become a partner. In addition executive director Rich Smith and his wife are frequent visitors.

"We've always enjoyed the park and always appreciated the connection to the cattle industry in the fact that there are still cattle grazing here," says Smith. "So when John Copithrone came to spoke to us about it we thought it was a really good opportunity to become partners with the ranch and foundation and help with the education because the children that are here learning about grasslands and cattle are future consumers."

"It's a unique feature that you have a park that's very close to the biggest city in the province and yet it still has the ranching history here and continues to be part of a working ranch. That was really attractive to us because we're always trying to bridge the gap between the ranchers and the consumers." 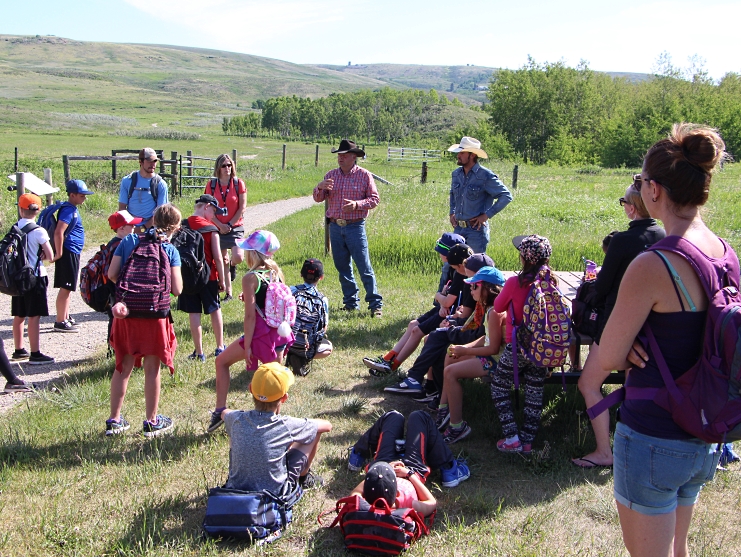 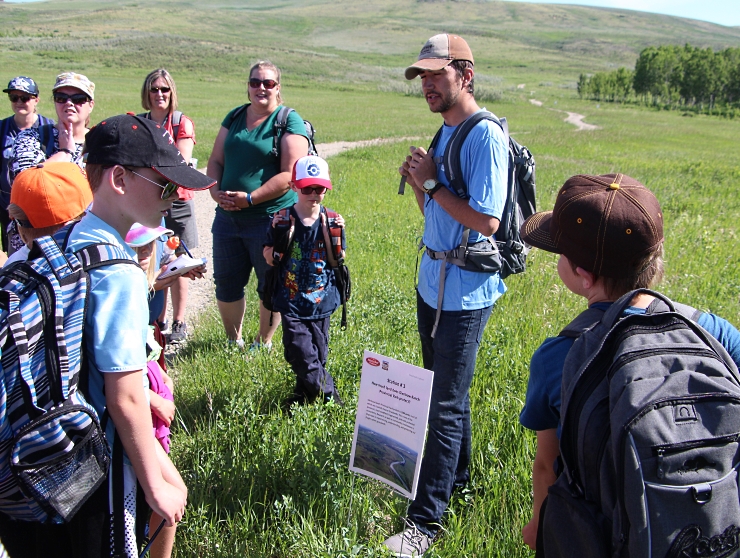 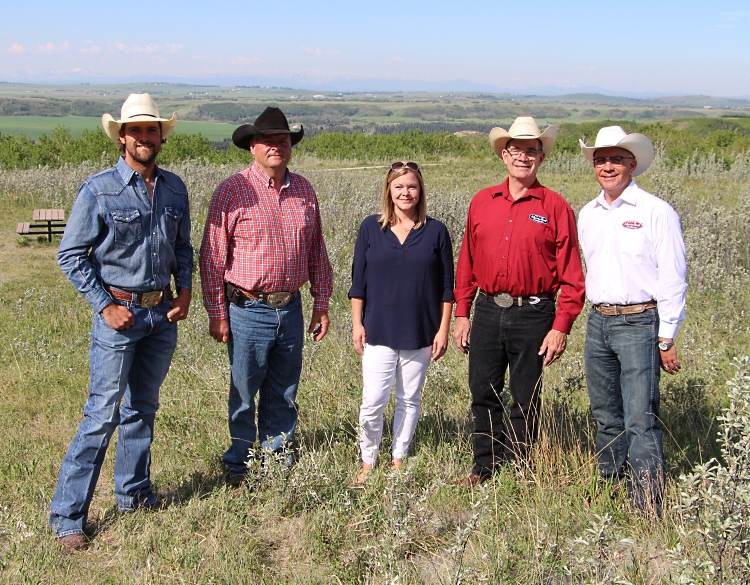 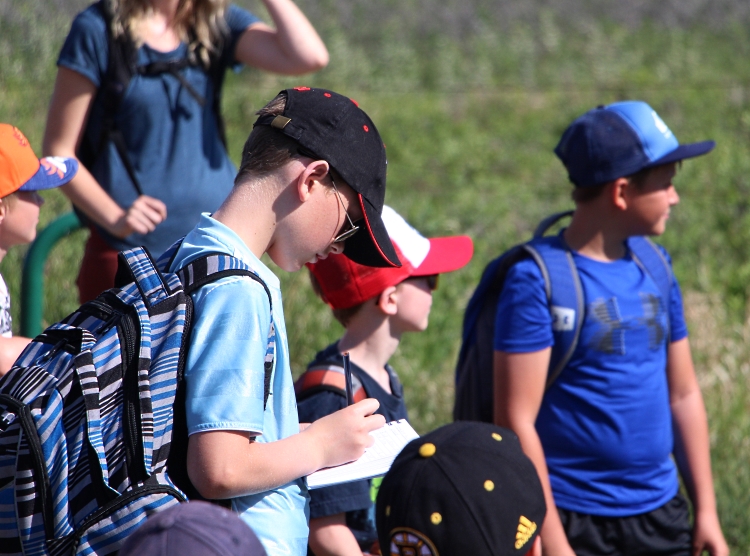 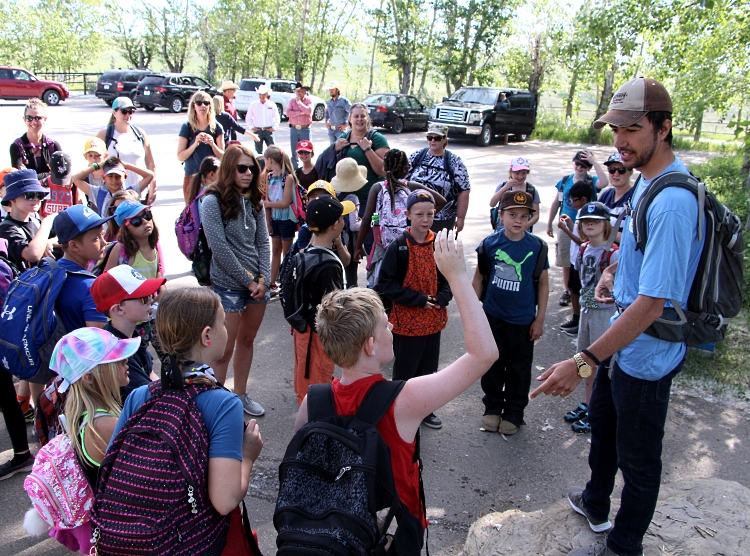 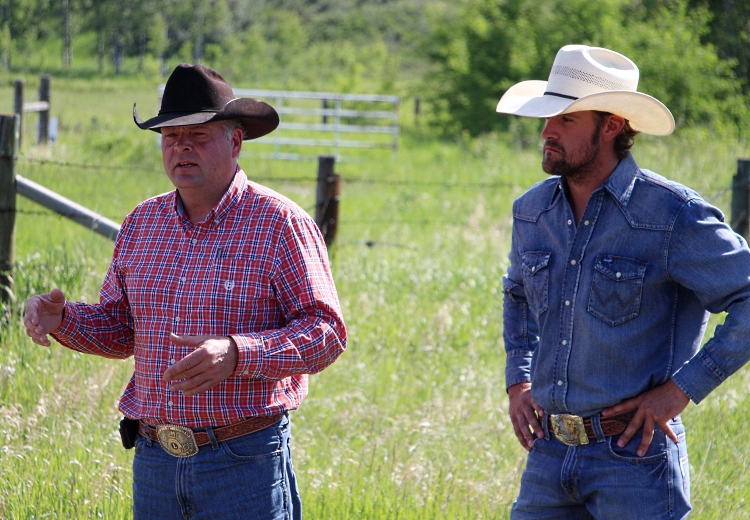 What was the result of those high-profile RCMP investigations?

Cochrane is set to jump up 35°C today

Can Cochrane put a stopper in against hottest team in HJHL?

'Why won't you search for us': Family of slain woman in Winnipeg take call to AFN